Oluwatosin Adetu, popularly known as Tosin Macgovern Adetu (TMA), is a gospel artist, music minister, and song writer based in the united states.
TMA, a Wife and Mother of four beautiful children, has been in the music industry for over 15 years and has also worked with lots of iconic live bands over the years in Nigeria.
Her new release “More like you” is based on the need for the Believer’s daily living and character to be Christ like.
The more we tend to know Christ, the more there is to know about Him. To destroy the power of the flesh, we have to be more like Jesus so that we will not be controlled by our flesh. 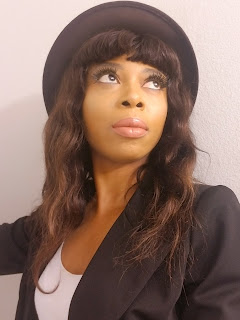 As Christians, we die daily, and the implication of being crucified with Christ is that that we are no longer under the penalty of the Law. That penalty was paid by Christ on our behalf. When Christ was crucified, it was as though we were crucified with Him. The penalty was fully paid—just as surely as if we had been crucified for our own sins.
When Christ rose from the dead, we rose too. Now the risen Christ empowers us to live for Him in a way that pleases God. We used to seek life through our own works, but now, we “live by faith in the Son of God”.
Follow Tosin Macgovern Adetu (TMA) on Instagram, Facebook, Twitter and subscribe to her YouTube channel for new music and ministry updates
Instagram: https://instagram.com/Tosinmacgovernadetu
Facebook: https://www.facebook.com/tosygdeodei
YouTube Channel: https://youtu.be/ivOLBYyF-ow
Snapchat: https://www.snapchat.com/add/rolexliciousbab
Email: [email protected]
Linktr.ee: https://linktr.ee/TosinMacgovernAdetuTMA
previous post