This soulful and raspy anointed voice is making a reintroduction into the music industry with the release of her new single entitled, “READY.” Her dynamic songwriting ability and passionate worship has inspired thousands and has established her as a certified worship leader and minister.

Karmyn’s gift landed her a role in the 2012 movie “BIRDS OF A FEATHER” with worldwide producer Zaytoven and numerous A list hip hop artists. In 2015, Karmyn released her first single JOY which captivated the hearts of many. She also released the visual which reached thousands and this led her to release the following single and visual in 2017 entitled GRACE. This smooth track signified the determination she had to keep pursuing the call on her life. 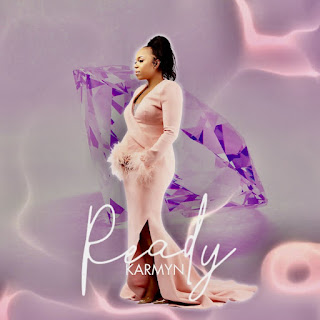 Karmyn’s humble and kind spirit exudes in her music and her sound influences people of all ages to conquer the gifts that GOD has given them. The melodies that GOD has given me are based on life experiences, I can not thank GOD enough for choosing me to carry this gift.

With everything in me I sing to the glory of GOD! My purpose is to see lives transformed and for souls to be saved. It’s all about the kingdom and I’m ready to INVADE!

Tune into KWEST Radio for Karlos Cobham’s thoughtful FRIDAYS July 1st, 2022 at 8pm EST as we learn, share and grow together on her new thought provoking soulful single “READY.”

Poundland’s ‘Spirit board’ might be cheap, but it is incredibly dangerous