After the exploits of his previous single “Take Over” and his latest single “YafunYafun” which stormed the global airwaves and got many people around the world dancing and singing praises to God, the Nigerian-American gospel sensation MELTUDVO is set to release another spirit filled AfroBeat Gospel sound called O. M. G which is the first single off his debut album project also called O.M.G. 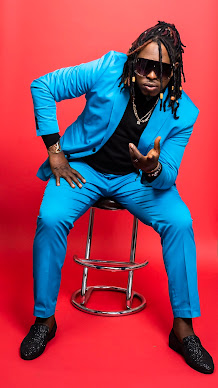 “Happy Easter Fam, in this season of RESURRECTION, we are so excited to announce that our new single O. M. G is going to be released officially on the 27th of April!!!…”
As we all know via his track records, God’s Maestro MELTUDVO doesn’t disappoint in giving us good music and we also can’t wait to vibe to this new release. Watch out!!!
To listen to “YafunYafun” Click Here
Stream to Take Over Below;
Connect with Meltudvo via
Instagram: @meltudvomusic
Twitter: @MeltudvoMusic
YouTube Channel: @Meltudvo
Fanlink: https://maxuron.fanlink.to/TAKEOvA
previous post

‘The Clark Sisters: First Ladies of Gospel’ Set To Premiere This Easter On Lifetime