Wale Adeyemo is a UK based gospel artist, songwriter and Pastor. Through his spirit filled ministrations of songs and words he is known to draw his listeners closer God by encouraging them to continually reverence God and seek righteousness at all times.
He is popularly known as a left-handed guitarist and a passionate worshipper who blesses and influences people through his songs and sermons.
His songs are inspired and based on all that God has done for him. Looking back, before he met his wife and had children, he remembered how lonely he was and how he waited patiently for God’s right timing.
God pulled him through turning him from nothing to something. This is one of the main reasons as to why he named his new album ‘Bless His holy name’. His debut album titled Rejoice was released in 2016. It was a well acclaimed album which is still blessing it’s listeners up until today.
His eagerly anticipated new Album titled ‘Bless His Holy Name’ is due to be launched on the 25th of April 2021
Wale Adeyemo draws inspiration from his own personal testimonies of all that God has done for him in his life and that of his family and members as evidence to the faithfulness of God. This is one of the main reasons as to why he named his new album ‘Bless His holy name’. 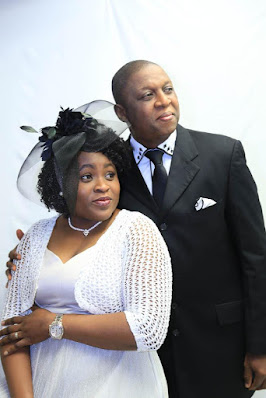 He is a humble Leader, Mentor, Pastor, his counsel is sought by many due to his spiritual insight and uncommon wisdom which he exudes without judgement.
Wale Adeyemo is married to Kehinde Adeyemo and they are blessed with three children.
Connect
Instagram: https://www.instagram.com/waleadeyemomusic/
Facebook: https://www.facebook.com/WaleAdeyemoMusic/
Twitter: https://twitter.com/WaleAdeyemoM
YouTube Channel: https://m.youtube.com/channel/UCHWvaFO2ofFGH1spySf_qDg
previous post

Music: MY PRAISE AT 40 by Gbemzobaby