Mrs. Folu Moses, a.k.a. “Mummy Mo ’or “Mama Moses” is Nigerian, a wife, mother, grandmother, in her mid-seventies. As a little girl, she went to church with her father and was always excited to sing hymns; even though she didn’t know the lyrics to the hymns, she sang her own version with enthusiasm.  She had the privilege to join the choir in every church where she was a member and was the lead actress in musicals at the last church she attended, before relocating to the United States. It’s been over 50 years since she performed in her last musical, however, she still remembers most of the songs; this is how important music is to her.
Mummy Mo came to the United States on February 14, 1971 with her 14-month-old daughter to join her husband who had relocated to the United States.  She worked while her husband went to school and the family of 3 soon became a family of 9; she had 6 more children, 4 boys and 2 girls. After her husband finished his education, she also went back to school to further her education and with God’s help and the support of her family, she graduated with a BA in Accounting from North Carolina Central University. 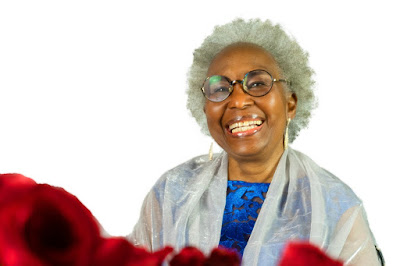 There are times in our lives when we experience the unimaginable; a broken relationship or the loss of a loved one, and we begin to wonder, where is God in all of this? On June 24, 2017, Mummy Mo lost her beautiful 45-year-old daughter, Olufunke “Funke”, who was in the prime of her life, to sickle cell disease. She was overwhelmed with grief and it was one of her darkest moments. It was at this time that the holy spirit gave her, her favorite song “Thank You Lord.” The lyrics and tune for this song came to her in one night while she was sleeping, and she got up to record it on the iPod.
When she woke up the next morning, she listened to the song and could not understand why God had given her this song, at this particular time in her life. What was she thanking God for? But she was reminded of the word of God in 1 Thessalonians 5:18 which says “in every situation [no matter what the circumstances] be thankful and continually give thanks to God, for this is the will of God for you in Christ Jesus.” Funke had given her mother that iPod in 2011 and encouraged her to use it whenever she received inspiration for a song, because she used to tell her that she hummed or sang while she slept; and it was Funke who inspired her to begin her musical journey as a song writer. 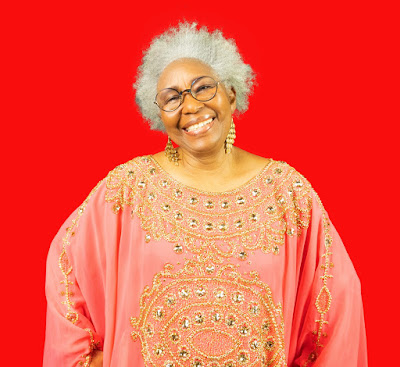 As if the loss of her daughter was not enough, on January 12, 2019, she lost her 41-year-old loving son, Olujimi “Jimi”, the technical guru of her family, also to sickle cell disease. This loss was beyond comprehension and for a while, it left her broken, but God kept ministering to her in songs… at times when she wanted to scream out in grief, a new song came.  Jimi never wanted her to be sad while he was alive, so she believes this is God’s way of comforting her … to bless her with songs.
Most of the compositions in her album were given to her during this painful period of her life. God says His grace is sufficient for us, and it is this grace, her strong faith in God, the support from family and friends and her church (the Redeemed Christian Church of God, Victory Temple, Raleigh, NC) that has kept her standing.
There is a talent that is innate in all of us, and God also gives us special gifts, we just need to recognize them and nurture them regardless of our age or circumstances, because God uses every situation in our lives to glorify Himself if we let Him.
previous post