Ashley BA Music is a UK based Christian singer and song-writer. Growing-up, Ashley was heavily influenced by her mother’s love for singing and music. Ashley first began singing in her local church youth choir from the age of 14, where she went on to lead worship at her local church while at university. On the hunt to take her voice beyond the four walls of the church, Ashley found herself singing in various bands including MOBO nominated “Desire to Worship God (DTWG)” and Manchester-based “Simply Vessels”. 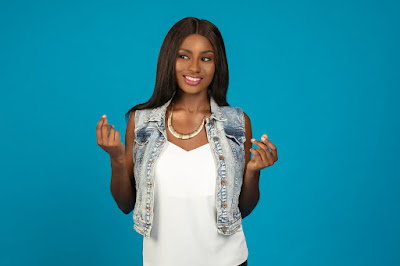 After moving to Bristol to begin her career as a research scientist, Ashley found herself at a turning point in her life. The recent passing away of her mother, coupled with the strangeness of adjusting to a new city inspired Ashley to literally put pen to paper and express herself in the form of song writing. Feeling led to share her creative flow, Ashley made the leap to break out as a solo artist, emerging onto the UK Gospel scene in 2018 with her debut single “Still God”. She has since won the 2019 Christian Talent Award for “best singer”, where she was also nominated for “best solo artist”. Ashley currently leads worship at her local church in Bristol, and regularly releases covers by some of her music influences on YouTube and Soundcloud.