SENSATIONAL is the word many people use to describe Enny Julius not only because of his music genius but also because of his purpose-driven nature and godly character.

Enny Julius started his music career in the year 2005 when he joined a group called D’SAINTS.
The group made a great impact during their time together and after a period of 5years they all decided to go solo.
Enny Julius subsequently relocated to the United States where he is doing exploits and fulfilling his divine destiny.

Currently, Enny serves as a worship leader in his home church, Abundant Life Christian Center ( ALCC ) in the United States of America.

Enny Julius is convinced that his talent must transcend just being a source of entertainment but most importantly a means to glorify God. 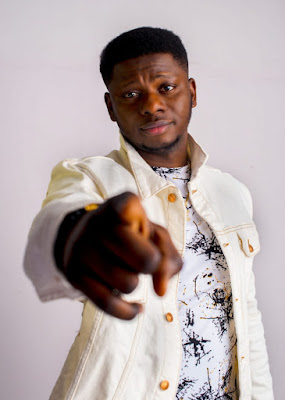 MILESTONES
In 2016, he released an album titled “God Over Everything” and this album was well received globally. He has also shared the big stage with a plethora of popular gospel artistes over the years.

Enny Julius loves rock and most of his songs have this “signature” as well as “flavours” from other music genres such as R&B, jazz and soul.

Enny Julius is not “resting on his oars” as he believes he still has many more  music projects that will be a blessing to the world. He believes that the “zeal of the Lord” will perform these feats.

Head over to his social media platforms and his YouTube channel for ministry updates and exciting new content.