Roxanne Robinson, her vibrant unique and charismatic voice, walks with power to pacify and encourage people’s heart and soul.
Along with her gift of singing, Roxanne is a talented actress. She has been ministering and performing publicly for over 8 years. Graduate of Marca College where she achieved her Diploma in Hair Styling.
She is presently one of the main Worship Leaders at Praise Cathedral Worship Centre in Mississauga, under the ministry of the Administrative Overseer of Eastern Canada, Bishop Lennox Walker. Shortly after migrating to Canada in 2009 Roxanne became a first time fourth place winner in the Sound Real Good Gospel Singing Competition in Toronto by Gospel Connection in 2010, and a first-place winner in Talents Unlimited Contest 2014. Roxanne’s appearance on the gospel scene has imprinted a permanent statement that God is real, regardless of what life brings, all praise is due to him.

Roxanne has been called upon by several ministries to minister, such as the Global Kingdom Ministries, Devine Favour, Victory Assemble International, Revival Time Pickering, and Nathan Phillips Square 2012 and 2014. She went on a two-city tour in 2012 with the likes of Jabez from Jamaica, Jassette Haughton and more.
In 2012 Roxanne minister at a Sickle Cell fundraising show at, “The Jamaica Canadian Association.” In the same year, she was privileged above many to be the opening Artist for international gospel recording artist Alvin Slaughter. 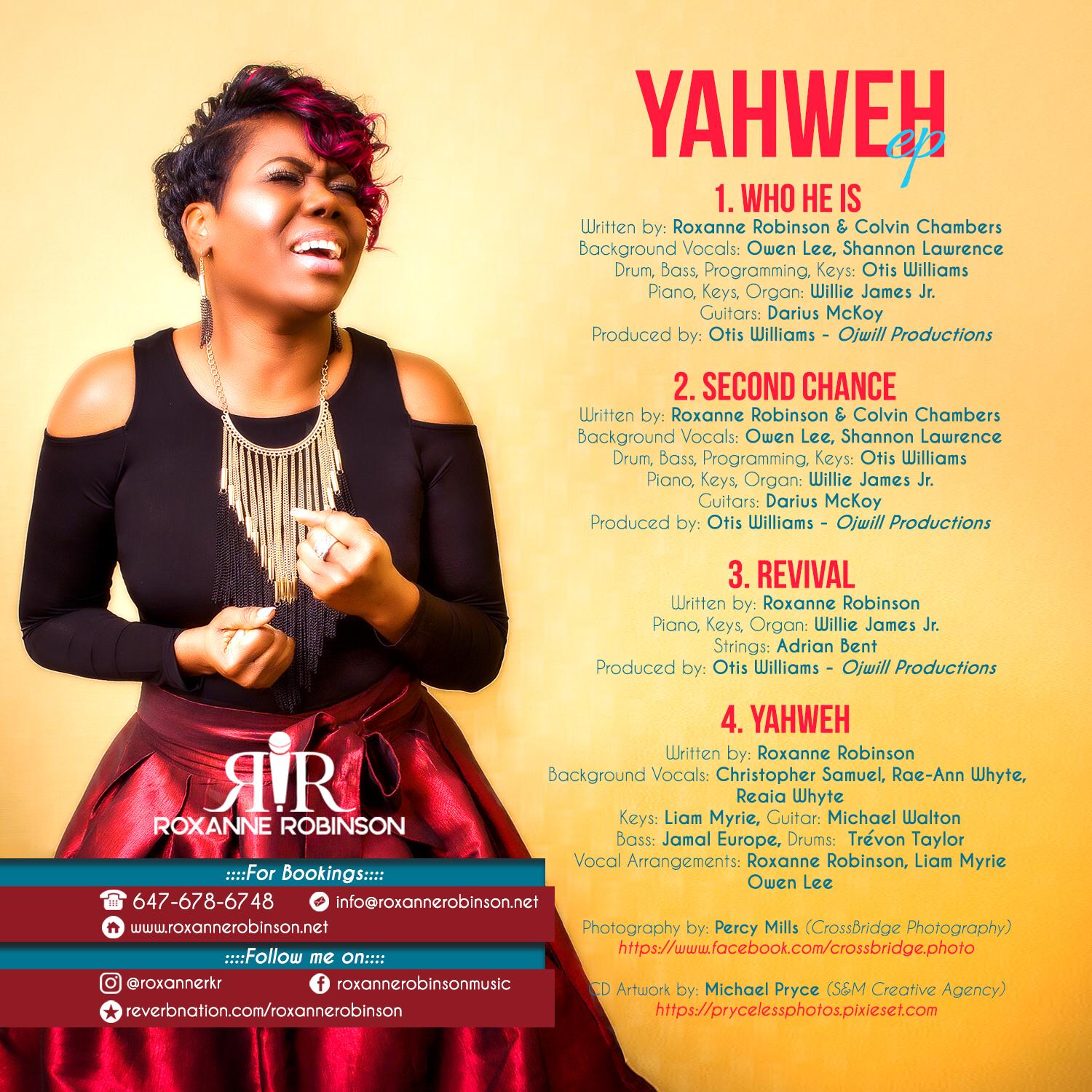 In October 2014, two weeks after being admitted in Hospital for 5 days, a total of four days in ICU, struggling to breath, God’s favour proved to be very prominent in her life. Roxanne was then asked to be one of the Opening Artist at the Shirley Caesar (QUEEN OF GOSPEL) and James Fortune Concert in Toronto. On the other hand, Roxanne appeared in two leading roles playing, “The Israelite Woman”, & “Third Angel” in a Christmas Production called “The Cradle” and also a lead role in an Easter play called ‘The Cross” by Praise House of the Arts.

In her spare time, she enjoys singing, acting, designing hairstyles, watching sport and socializing with her peers. In 2015 Roxanne released her self Titled EP CD called Roxanne Robinson, after which she received two nominations in the Canadian Glass Awards, New Artist of the year and Best Female Vocalist. Roxanne walked away with the New Artist of the year award. This achievement has propelled her into completing her first Album.

Roxanne Robinson continues to trademark herself as a multi-talented trendsetter, as she blazes her own track with her music ministry. In light of all the recognition she has received and will retain, her mandate remains the same, to utilize her stage as an opportunity to fulfill the purpose of her God given task. She continues to stand by her motto, “Prophetically proclaiming God has a master plan with my Name on it…!”

Another special night of worship in OTTAWA

Music: Matthew McIntosh & LIFE – Christ Did It All